Jamshedpur: People should wear a helmet not to avoid a penalty by traffic police but to save their own lives. This was said by the District Transport Officer (DTO) Dinesh Ranjan during the inaugural session of Amrit Mahotsav ‘Sadak Suraksha, Jeevan Raksha’, a 12-day road safety campaign at Universal Peace Palace of Brahma Kumaris, Jamshedpur, at Marine Drive, Sonari. The drive would cover both East Singhbhum and Seraikela-Kharsawan.

The DTO said road safety was a very sensitive and important topic which concerns one and all. Every year several lakh (hundreds of thousands) people lose their lives in road accidents and the only way to prevent these deaths is road safety, he said.

“People should develop the mindset that they have to compulsorily wear a helmet and use seat belts while driving. It is seen that people mostly wear helmet or use seat belts to avoid paying a heavy fine to the traffic cop. But this mindset needs to be changed, as losing one’s life can be the biggest penalty that one may have to pay for neglecting road safety,” said the DTO.

The Kolhan in-charge of Brahma Kumaris, Anju Didi, was also present during the program along with former international cyclist Avtar Singh and BJP leader Kunal Sarangi.

The road safety campaign will cover all city areas including Baradwari, Kadma, Adityapur, Mango, Gamharia, Baridih, Telco, Jugsalai, Sonari and Bistupur. It is being held under the 75th Amrit Mahotsava Project. It was inaugurated by Prime Minister Narendra Modi at the beginning of this year. Youths will take out a Shobha Yatra or procession on 75 motorcycles to mark the 75th Amrit Mahotsava and spread road safety awareness among the people. Various schools, colleges, non governmental organizations affiliated with the United Nations (NGOs), and government institutions will participate in the event. Tomorrow the campaign will be held in Kadma, organizers said. 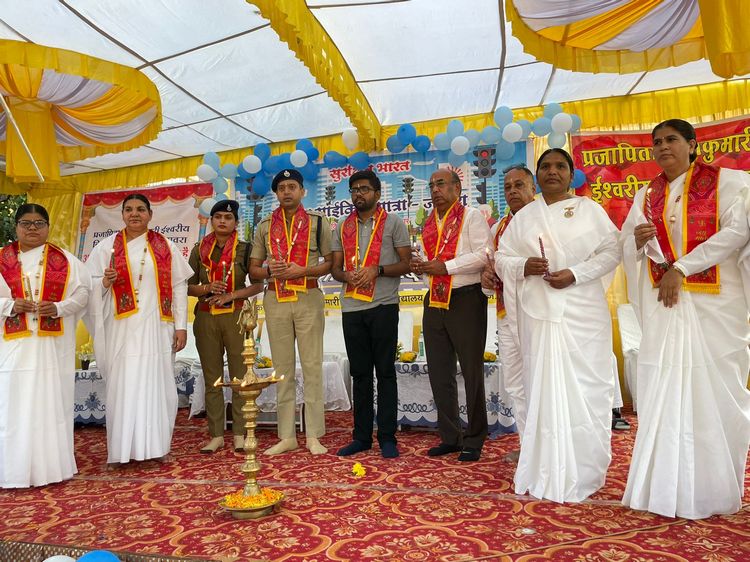 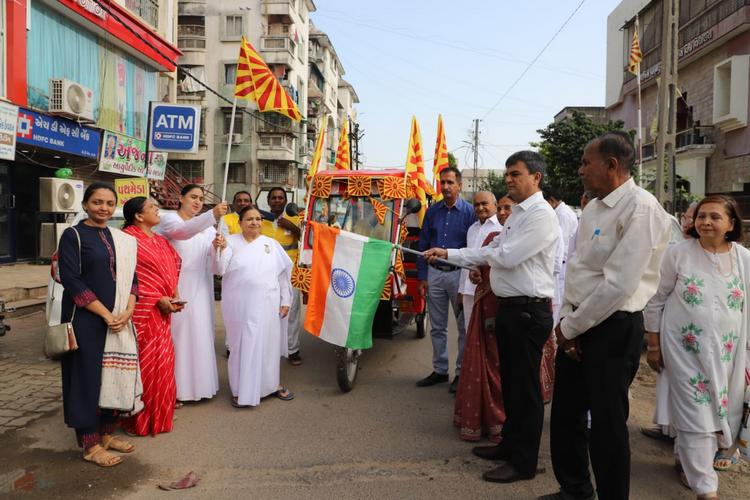