How to celebrate the real Holi? 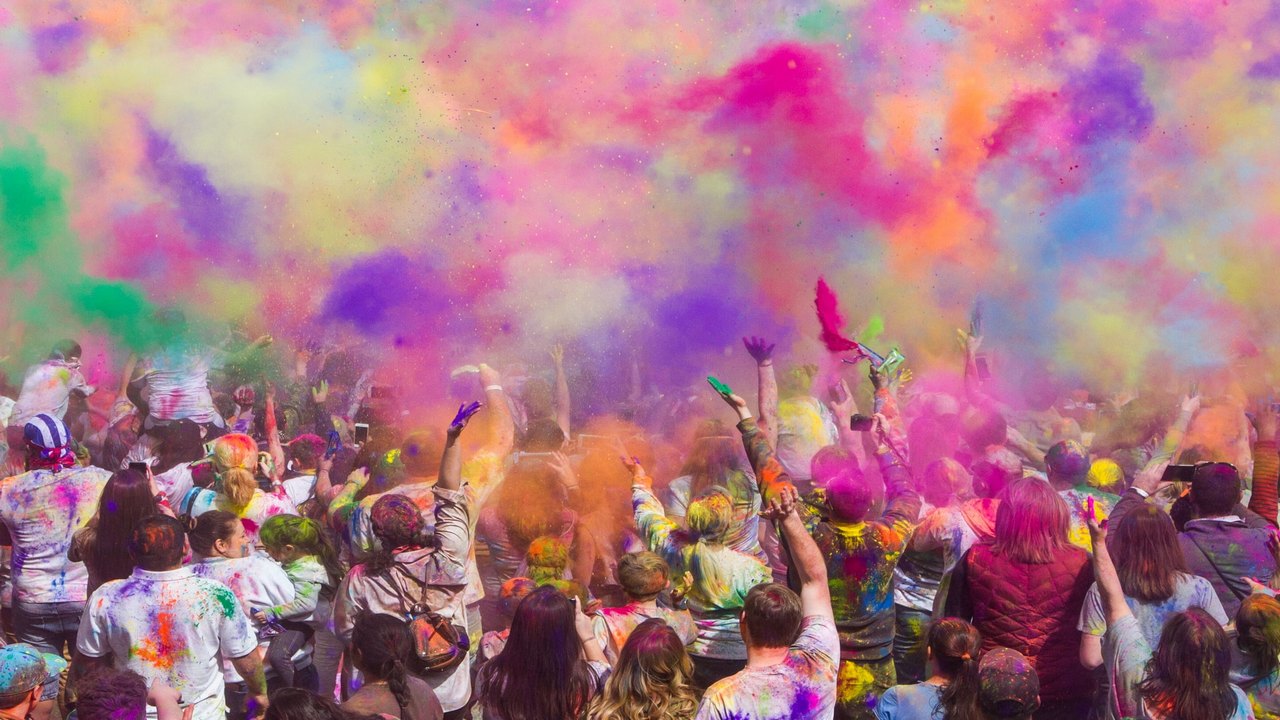 India is a land of festivals.

Each festival denotes a spiritual meaning. A mere celebration of the festivals without an understanding of its deeper significance is of little benefit.

Like other festivals, the Holi celebration fills us with lots of excitement and enthusiasm. During Holi, we get a chance to experience happiness and forge a bond with our near and dear ones. Amidst the excitement, enthusiasm, thrill, and joy, the mystery of the festival of colours must also be unveiled and understood.

Why does Holi come after Shivratri?
In the festivals celebrated in India, there’s a logical sequence. We must know and understand the mystery of that sequence.

In that sequence, Shivratri precedes Holi. Shivratri is celebrated to commemorate the incarnation of the Supreme Soul God Father Shiva. Prior to His incarnation, humans were viciously coloured by five vices. The whole world is overcast with the night of ignorance.

At such a time, God Shiva, who is an embodiment of Truth and Bliss, grants the colour of Knowledge and remembrance to the human souls. In the commemoration of that incident, the festivals of Shivratri and Holi are celebrated till date. In many cities of India, during the days of Holi; there used to be a tableau of deities. These masquerades used to pass through the main roads of the cities. In these processions, there used to be demonstrations of deities doing Raas.

Thus, by celebrating such a Holi, people would visualize the deities’ healthy body, brilliant shape and happy life as an aim of their life and once again they could remember their ancestors and worship-worthy ones. In the forefront of this procession, there used to be the picture or model of Shankar and/or Shiva Linga on the bull. This riding and procession commemorates that when God Shiva comes down upon this world, He is followed by the world of gods and goddesses. Though celebrating Holi in this manner was somewhat good, but why shouldn’t we celebrate such a Holi today, so that instead of masquerades, the world of gods and goddesses of Satyuga comes back again, and the souls start glowing like fluorescent bulbs?

The legend says that King Hirnayakashyapa wanted to kill his son Prahlad to prevent him from worshipping Lord Vishnu. The king took the help of Holika, his sister.

Both Holika and Prahlad sat on the pyre. However, Prahlad did not burn due to his true devotion towards Lord Vishnu. However, Holika burnt and died even though she wore a fire proof cloth.

In the commemoration of this event, people burn Holika on the eve of Dulhandi. They also burn koki (sweet roti) which is tied to a thread. The Koki burns, but the thread doesn’t. This is symbolic of the immortality of the soul.

The real Holi signifies the burning of vices, evils etc. that are deep-rooted in souls. These vices cause conflicts, enmity etc. among people, in the society, and between countries. Thus, what we need to do now at this crucial time is to burn our old vices.

This is followed by the main festival of Holi which is played with colours. In spiritual parlance, God, who is the Ocean of Knowledge, Purity, Peace, Love, Happiness, Bliss, and Power, puts on us the colours of these virtues and makes us embodiments of these virtues. Holi also inspires us to become holy. That is, to have pure thoughts.

God Shiva further reveals that Holi is also symbolic of putting an end to the past as thinking about it is of no use.

How to play spiritual Holi?
God first bestows knowledge that we are souls. This shifts our outlook towards others. Instead of looking at the name, fame, skin color, and caste of others, we see them as pure beings.

God also colours us with peace, and makes us peaceful. Peace is our original nature.

The colour of Love reminds us that we should love all.

Likewise, the colour of happiness removes all our sorrow. This is the real happiness derived from God’s Company.

Finally, God, who is the Almighty, colours us with Power. This colour removes all types of weaknesses from within us and empowers us to distribute the power to others.

So, now we all should play such a real Spiritual Holi and keep colouring all souls with the colours of these virtues. Playing such a virtuous Holi is the need of the hour.

–Photo by John Thomas on Unsplash