Brahma Kumaris is a worldwide spiritual movement dedicated to personal transformation and world renewal. Founded in 1936 in Hyderabad, Sindh (Present Pakistan) by Prajapita Brahma Baba, Brahma Kumaris has spread to over 137 countries on all continents and has had an extensive impact in many sectors as an international NGO. However, their real commitment is to helping individuals transform their perspective of the world from material to spiritual. It supports the cultivation of a deep collective consciousness of peace and of the individual dignity of each soul.

In 1950, The spiritual headquarters of Brahma Kumaris shifted from Pakistan (Karachi) to India, to the beautiful Aravali Ranges of Mountains (Mount Abu) in Rajasthan. While activities of international interest are coordinated regionally from offices in London, Moscow, Nairobi, New York and Sydney. At a national level, activities are generally coordinated by local people in alignment with the spiritual principles of Brahma Kumaris, working in accordance with the laws of the land.

After the ascension of Prajapita Brahma to the subtle world in 1969, Rajyogini Dadi Prakashmani was appointed the Administrative Head of the Institution.

When Rajyogini Dadi Prakashmani left her mortal coil, Rajyogini Dadi Janki , who had played the pivotal role in spreading the Godly Message in almost all the countries of the world, became Chief Administrative Head from 2007. With her tirelessness, dedication, Dadi Janki led the organization until 2020, when she ascended to the subtle world. She was 104.

Later, Dadi Hridaymohini, was appointed the Chief Administrative Head of the Brahma Kumaris after Dadi Janki until she attained her Angelic form in March 2021. The present Chief Administrative Head is Dadi Ratanmohini who at 96 tirelessly and successfully is fulfilling the responsibilities and services. Brahma Kumaris is the largest spiritual organisation in the world led by women. 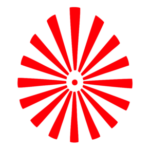