His childhood name was ‘Lakshman’; Brahma Baba’s brother’s son-in-law who, like Brahma Baba ran a jewellery business in Kolkata (then called Calcutta) in the adjoining lane where Baba ran his business. He too, like Baba dissolved his partnership, gave up his business, committed himself and his family to the Spiritual University in its initial days of inception. An Arts graduate, Dada Anand Kishore was one of the few committed who was well educated at that time and who had a good command over English. Dada helped draft letters to all the National and International governmental organizations as part of the Godly services. He was lovingly named ‘Anand Kishore’.

Dada was light-hearted, cheerful and lively. He had firm unfaltering loyalty; did selfless, diligent services. He was ascetic, embraced and followed the Divine versions as they were spoken. He implemented every plan that Brahma Baba conceived for the organization. He contributed to the service of this Spiritual University with his heart and soul and set an example for all to follow.

In 1954, Dada was part of the 3 member committee that went to Japan for a religious conference. The visit was planned for 15 days; however, Indians there insisted that they stay for longer and impart the Godly knowledge. Eventually, they were there for 6 months and did Godly services thus sowing the seed of services internationally. They also visited Hong Kong, Malaysia and Singapore and started the Godly services there as well. Dada served in Pandav Bhawan, Mount Abu. He left his mortal coil in 1998. At 89, he believed he was still very young. He had tirelessly and proficiently contributed to the services for the Spiritual University since the time he committed himself for it. 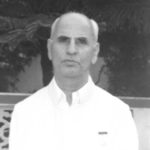