Earlier, her name was Lakshmi. She sang and danced very well and so Brahma Baba named her ‘Ramneek Mohini’. She would entertain Baba and others through her art and hence he also named her ‘Bindrabala’.

She was kind hearted, affectionate, humble, simple and had a very strong faith in the Almighty. Her whole family committed themselves towards the services of the then ‘Om Mandali’. For her, meditation was the foundation for her faith in God and Godly knowledge. She had plenty of visions of the divine form of the soul and the Supreme Soul, the deities in heaven, their dresses, decoration, golden palaces, royal court and gardens. Hence she was also called ‘Sandeshi’.

She was educated in the boarding administered by the Om Mandali and experienced the royal treatment that Brahma Baba gave the little girls. He treated them like princesses. Brahma Baba had taught her to neither hurt anyone with your behavior nor with words; hence she always kept her behavior thus and made sure her speech was soft and words encouraging.  She learnt from Brahma Baba how one can follow a meditative lifestyle and mix meditation with other regular tasks successfully and efficiently. She performed every task of service with full concentration, calmness and alertness as she believed that it was the service for the Almighty. She always made the best use of any waste item and put it to use. This was something she learnt from Brahma Baba.

Unwavering determination, infinite love – There was a time when there was not enough for the sustenance of the members of the organization, but her love for the Almighty and respect and trust in Brahma Baba and the Supreme was unshaken. She had stayed with Brahma Baba for the longest whilst all the others had moved to other places to serve and spread the word that God had arrived. She followed exactly what Brahma Baba asked her to do; to move ahead and do service. Thereafter, she served in Kolkata, Patna, Nepal and later served in Muzaffarpur and Bhubaneswar. She strived to make a powerful state and delivered the Godly knowledge in an interesting way and with divinity. She made it a point to prepare pure as well as tasty food that she prepared in the remembrance of God and fed the students who came to the center. Her dedication, love and trust in the Almighty brought her success in the services in Bhubaneswar.

She believed that physical illness was not really painful but a key to newer practices of yoga and its experiences. 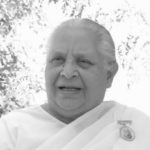