Dadi Prakashmani also known as Dadi Kumarka was born in 1922 in the north Indian province of Hyderabad, Sindh (now in Pakistan).  Her childhood name was Rama.  Like her father, Rama too had a deep devotion and love for Shri Krishna.  Rama was only 15 years of age when she first came in contact with Om Mandali – a spiritual gathering (satsang) which was formed by Dada Lekhraj (later known as Brahma Baba) on the visions and directions provided by Incorporeal God Shiva.

Rama’s first contact with Om Mandali came during her school holidays in Diwali.  She had gone to the satsang upon her father’s request.  On the very first day of seeing Brahma Baba discoursing Godly versions (murli), Rama had visions of Shri Krishna walking in a beautiful garden.  She would have this same vision whenever she saw Brahma Baba in the coming months.  She immediately realized that the visions and the discourses that Brahma Baba gave are from Incorporeal God Shiva himself and not any mortal human being.  Rama dedicated her life to the cause of spiritual upliftment to end human suffering at the tender age of 14 in 1936.

In the early days, Rama got a new name “Prakashmani” meaning Jewel of Light from Incorporeal God Shiva.

After 14 years of intense effort making (tapasya), Om Mandali came from Karachi, Pakistan to Mount Abu, India in March 1950.  After coming to India, as the service increased so did the number of centres. Dadi Prakashmani also went on service and opened many centres.  She mainly stayed in Mumbai.  Till 1965, Dadi was under Mamma’s wing from whom she received guidance.  In 1965, when Mamma left her mortal coil, Dadi stepped into her shoes to fulfill additional responsibilities.

Head of an organization

After 1969, when Brahma Baba left his mortal coil and attained angelic stage, Dadi Prakashmani shared the administrative responsibility of the organization along with Didi Manmohini.  Dadi and Didi together ran the organization in a very smooth and efficient manner. They had utmost regard and respect for each other and had a sense of unity in all the work that they did.  A practical result of this unity was that the number of centres and dedicated Raja Yoga teachers reached 5000 in a very short period of time.

Dadi Prakashmani was a pioneer for all women.  She was the leader of a spiritual organization primarily run and managed by women at a time when women did not have an equal status in society. She was the Administrative Head of Brahma Kumaris from 1969 until 2007.  Her exceptional leadership was displayed by the practical fact that during her lifetime, the organization expanded from 1 country to 120 countries with over 5,000 centres and sub-centres around the world.

Dadi means Elder sister in Sindhi and in some dialects in India as a Grandmother.  She was both and more to many generations of the Brahma Kumaris family. Everyone loved Dadi.  Dadi Prakashmani was a very sweet, tolerating person and also an efficient administrator.  She was very hard working and did all types of services like attending spiritual seminars, giving lectures and at times even preparing food for the visitors.  Dadi naturally created a sense of belonging to One Family in everyone’s minds.  One of her ethos was “No one is a stranger, everyone is a child of one Spiritual Father and is a part of one big Family” and that is the environment she created wherever she went.  Everyone felt a natural affinity towards her. Dadi was a mother, a guide and a dear friend.

Dadi Prakashmani had utmost love and unflinching faith in Incorporeal Godfather Shiva. She performed all her responsibilities accurately and loyally with a sense of being a trustee. Dadi was like a jewel in a lotus pond. Dadi always considered herself as an instrument of God Shiva and served humanity selflessly by reminding them of their innate powers and virtues in order to transform the world.

Dadi Prakashmani was a torch bearer of absolute truth and purity in every step of her life which is the original and true founding vision of the organization.  She lived by the principles of being a trustee, epitome of humility and an architect of the better world to transform humanity by invoking inner powers and virtues in everyone through her selfless thoughts, words and actions.

There are few people who continue to inspire others long after they are gone.  Our beloved Dadi Prakashmani is one of such jewels who continues to remain immortal through her memories. 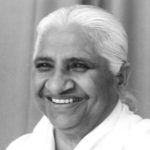